Home About Us Events Gallery History Contact Us Forum 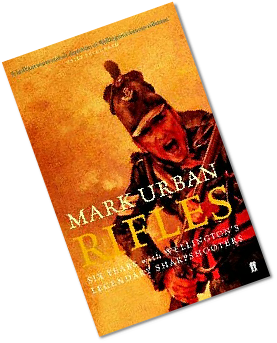 In 1800, an "Experimental Corps of Riflemen" was established under Colonel Coote Manningham and in 1803 this Rifle Corps became 95th Regiment of Foot or Rifle Regiment. Their role was to act as skirmishers against Napoleon's French armies. The purpose of the regiment was to have the riflemen working in open order and be able to think for themselves, a method completely unheard of. Riflemen were provided with dark green uniforms, again unheard of when the standard for British line infantry was bright red! The premise being that they would make best use of natural cover, operating in pairs, to harass the enemy with accurately aimed shots as opposed to releasing a mass volley, which was the orthodox of the day.

‘ Since our advance from Santarem on 6 March, seven of our officers have laid down their lives.

And a great number have been wounded. I soon expect to have my lieutenancy. If I live, I shall

get a company sooner in this regiment than any other. In six months we see as much

service as half the army can boast in ten years...'

The unit's operation was markedly different to that of the line infantry by being taught instead of flogged. It was not uncommon for riflemen to take part in regular shooting and sporting competitions, to which they would be rewarded for their achievements. As such, their marksmanship was superior to that of any other regiment, picking off French officers, NCOs, drummers and artillery crew. As their namesake depicts, the 95th Rifles was the first regiment to be equipped with a rifled weapon - the Baker Rifle, which was named after its creator, the gunsmith Eziekiel Baker - accurate to 300 yards or more.

Below is a very brief summary of the history.

Details on this site are linked in the boxes to the right.

More links on history will be added in future.

Recruits were generally chosen from the British armies line regiments, picked out for their qualities - only the finest joined up. Officers would often dine with their men and in so doing would become familiar with each man in their respective companies, again a practice unheard of at the time. Most could read and write and often kept diaries, which is why so much is known about the regiment today, and aids us in our appreciation of life at the time.

The Regiment was involved in all campaigns during the Napoleonic Period:
- seeing sea service at the Battle of Copenhagen;
- forming the rearguard for the British Army's famous retreat to Corunna;
- was engaged in most major battles during the Peninsular War in Spain and Portugal;
- was sent as an expeditionary force to America in the War of 1812; and
- held their positions against tremendous odds at the Battle of Waterloo. 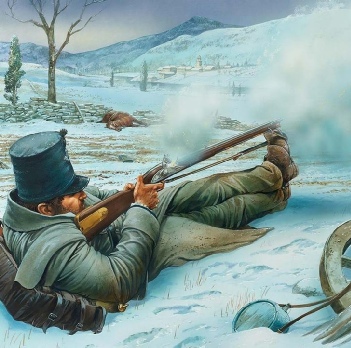 The performance of the Regiment can be demonstrated by the story of Rifleman Thomas Plunkett of the 1st Battalion, 95th Rifles. Armed with a Baker Rifle, he shot General Colbert at a range of between 400 and 600 yards; it is claimed! He then shot a second Frenchman who rode to his general's aid, so proving that it was not just a lucky shot.

There is no substitute for reading about the Rifles in a range of excellent books and publications that exist. A small selection is shown below.

History of the 95th Rifles 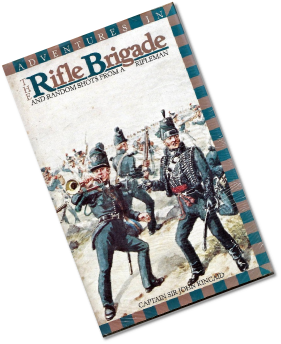 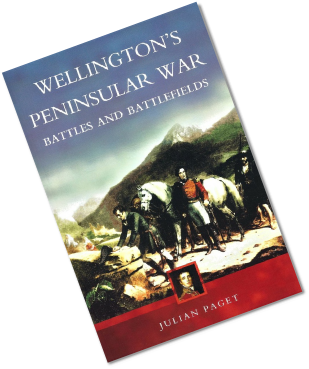 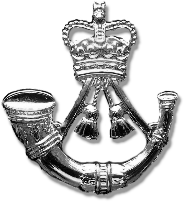