Home About Us Events Gallery History Forum Contact Us

The papers record that William received 9 clasps to his Military General Service medal. This medal was created in 1848 and issued to soldiers involved in the battles during 1793 to 1814, each clasp represents a battle that the recipient fought in. The documents show William's clasps as C B FO CR B S V O T.

William was in No 2 Company 2/95th in Portugal at the start of the Peninsular War in August 1808. He may have been entitled but did not receive the clasps for the battles at Roleia (Roliça)(18 August 1808) or Vimiera (21 August 1808). However, he did received the one for Corunna (La Coruña) (16 January 1809) so participated in the retreat, battle and evacuation back to England.

On his return to Portugal he was then in No 5 Company 1/95th, and for the rest of his army life, receiving his next clasp for the Battle of Busaco on 27 September 1810.

His other clasps are:

Orthez 27 February 1814 _ This is interesting because 1/95th missed this battle awaiting new equipment!

He was invalided out of the regiment on 24 January 1816, aged 35 years, due to an injury to his right arm that he received at the Battle of Waterloo some 7 months earlier. 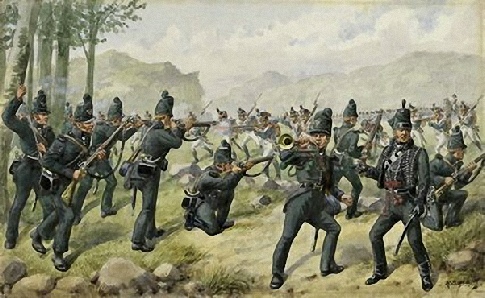 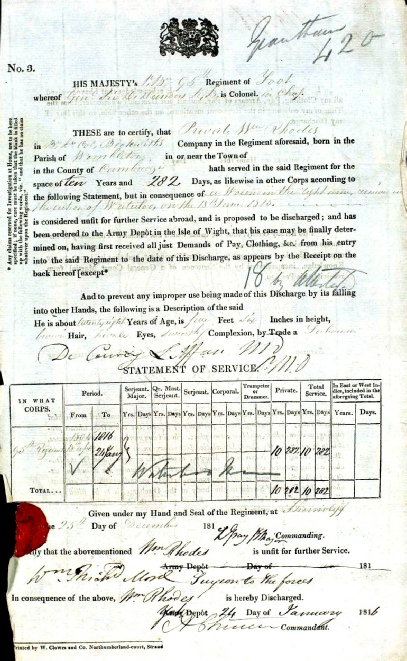 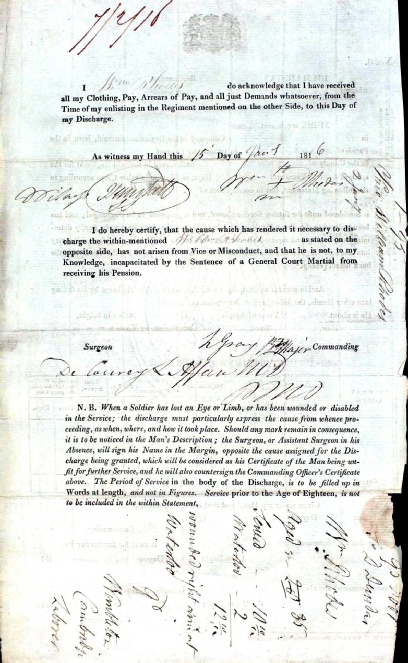 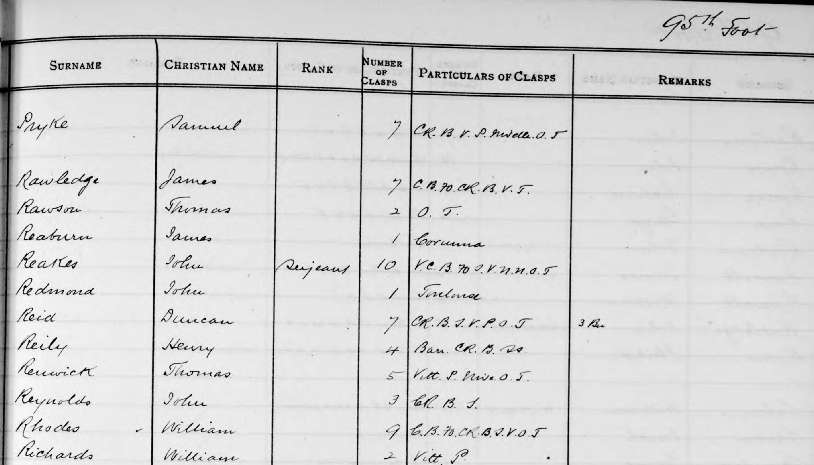 William would have taken part in the battle  on 16 June 1815 commanded by Captain W Johnston. They were positioned on the left on the Namur Road and managed to take the ground in front of them before the army retired to the crossroads at Mont St Jean.

William's company was positioned on the knoll behind the sandpit opposite La Haie Sainte farm for most of the Battle of Waterloo on 18 June 1815, falling back to the Ohain Road, about 150yds rearward, when the farm was taken by the French, remaining there fighting until around 7pm. He must have received his wound in one of those 2 locations.

This is the grave of William Rhodes,

which is in the churchyard in the village of Doddington, in Cambridgeshire. 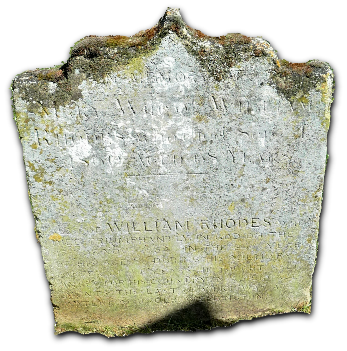